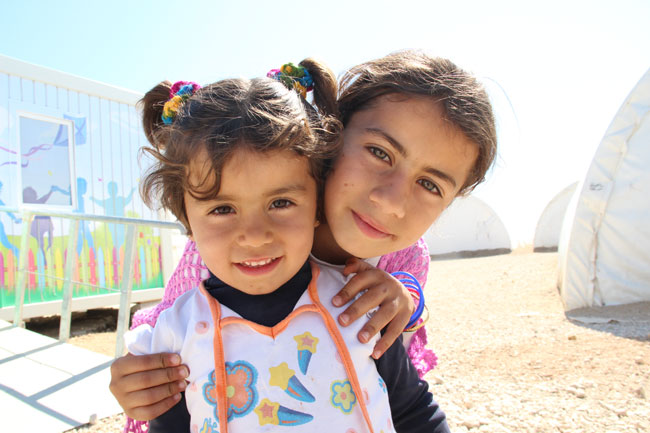 9- year old Razan (right) and her younger sister left Syria for Turkey more than a year ago. Their house, in Idlib, was destroyed in a bomb attack. © UNICEF/Turkey-2014/Yurtsever

Adana, April, March 2014 – Many Syrian children who fled their country had to leave home in a hurry – and leave their most precious belongings behind. Those things — a dress, a book or a toy — are now just a memory.

But 9-year-old Razan cannot forget her favourite dress. Her eyes shine as she describes it. “It was a long dress,” she says. “It was bright red and very fancy. I miss that dress the most”.

Razan’s house in Idlib, Syria was damaged in a bombing. She and her family survived because they were out paying a visit to her aunt. They were only able to recover a few belongings and toys from the ruins. “I lost my grandfather and uncle because of this conflict. My uncle was shot by four bullets,” she adds.

As we spoke, it was evident the conflict has deeply affected Razan. She described the bombings, the howitzers and prisons and torture with disturbing detail for such a young child.

Razan, her parents and six siblings arrived at the Sarıçam refugee camp fourteen months ago. She is in the third-grade and wants to be a teacher when she grows up.

Razan visits UNICEF’s Child Friendly Space (CFS) twice a week where her favourite activities are painting and playing with toys. She also likes the new appearance of the centre, which has been repainted, saying: “It is very colourful now and very nice. My friends also like it a lot”. 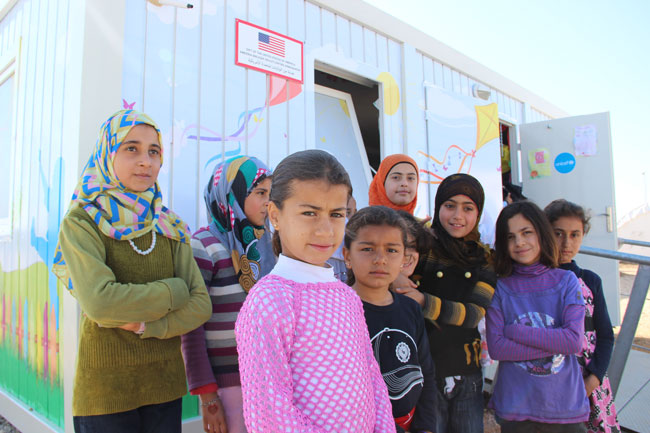 Razan and her friends stand outside UNICEF’s child-friendly space at the Sarıçam refugee camp in Adana, Turkey. ©UNICEF/Turkey-2014/Yurtsever

At the end of our chat, she gives a last pose with her little sister and invites me to visit her in Syria once the war is over. “Our house is at the end of ramp. Watch out for some children that might throw stones, but don’t be scared when you see them,” she says with a smile.