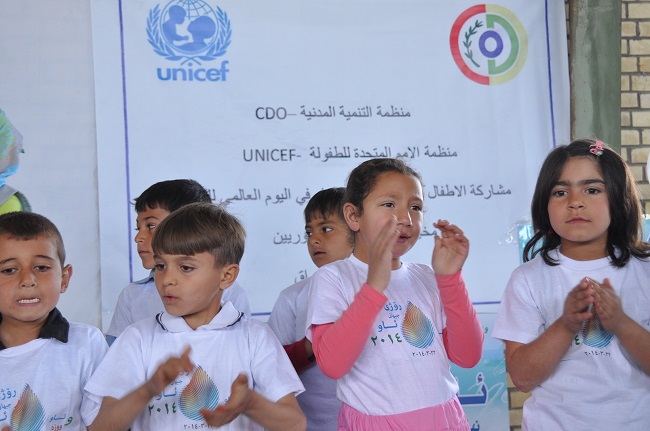 Syrian children at the Arbat refugee camp in northern Iraq took part in a music festival as part of World Water Day.

SULIMANIYAH, Iraq, March 2014– Hundreds of Syrian children at five refugee camps in northern Iraq commemorated World Water Day by singing, painting and dancing – and most importantly, learning about the importance of water and how to protect it.

Estimates from UNICEF and WHO published in 2013 are that a staggering 768 million people do not have access to safe drinking water, causing hundreds of thousands of children to sicken and die each year. Most of the people without access are poor and live in remote rural areas or urban slums.

UNICEF estimates that 1,400 children under five die every day from diarrhoeal diseases linked to lack of safe water and adequate sanitation and hygiene.

At the Arbat refugee camp in Kurdistan, UNICEF, in partnership with the Civil Development Organization, staged a day-long series of events.  More than 200 children attended a music festival where they sang songs about the importance of conserving water and keeping it clean. The youngsters, both girls and boys, also viewed a film and took part in a painting class and competition.

In tandem with the children’s events, a community meeting was held to discuss the problems families are facing due to a water shortage inside the camp. As part of the World Water Day events, UNICEF also distributed 500 posters throughout the camp with tips on how residents can help save water, given that water is being lost through wastage.

“Every child, rich or poor, has the right to survive, the right to health, the right to a future,” said Sanjay Wijesekera, head of UNICEF’s global water, sanitation and hygiene programmes. “The world should not rest until every single man, woman and child has the water and sanitation that is theirs as a human right.” 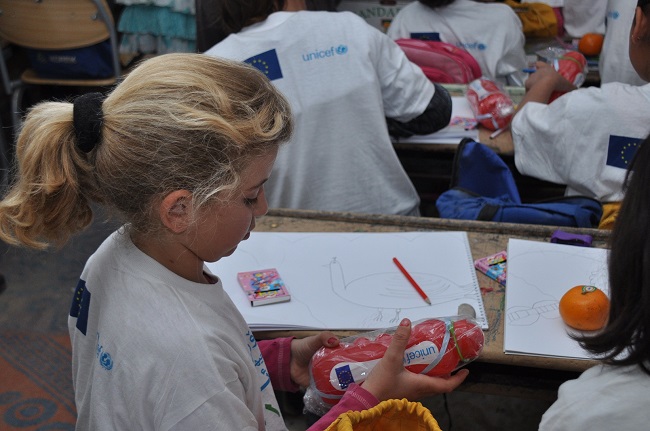