Islahiye, Turkey, March 2014 – Two years ago 13-year old Susan, her mother and six siblings fled from the shelling in Aleppo for a safer life at the Islahiye refugee camp in Turkey.

She recalls, “We heard bombing. We got in a car and drove to get away, but the rockets followed us as we drove. It was very difficult and dangerous, and that’s why we decided to migrate to Turkey. We collected our belongings and left. We were brought to the Islahiye camp where they gave us a tent. Soon after we arrived they opened a school and we study there now. I am grateful for this school because it will help give us a better future”. 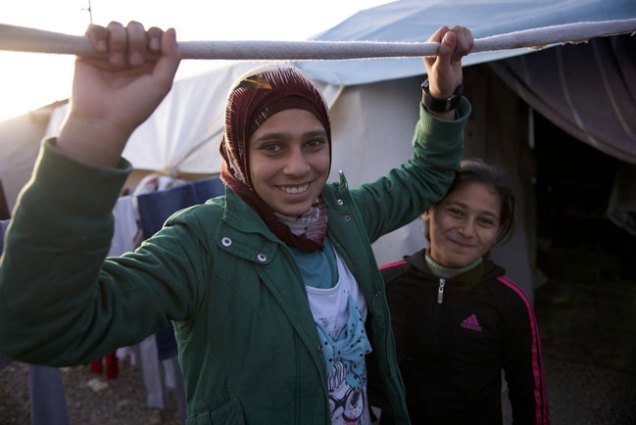 Susan (13) stands with her younger sister outside their family’s tent in the Islahiye refugee camp in Gaziantep Province. Susan and her family fled their Syrian village in the Aleppo Governorate two years ago. 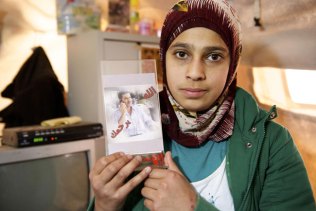 Susan holds a photograph of her father, who passed away shortly after the civil war in Syria began. 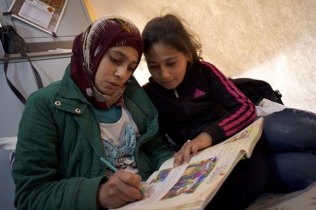 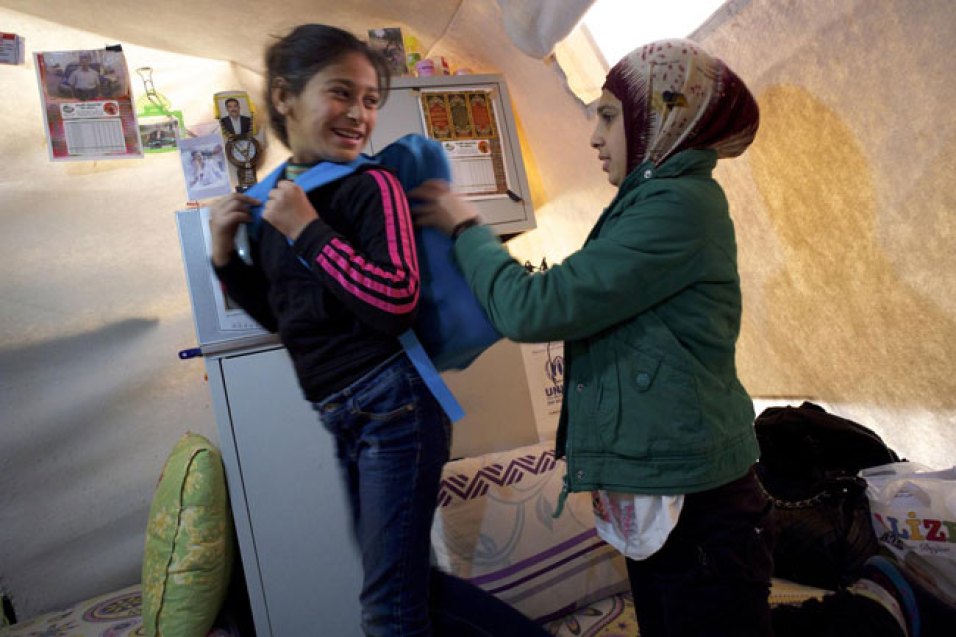 Susan helps her younger sister get ready for school, inside their family’s tent.
Share and raise awareness on #ChildrenofSyria