“We had a garden in our house with lemon trees and grapevines. I loved those trees. I used to climb those trees. My father built our home, and my sisters and I had our own rooms, but they have destroyed it,” recalls 13-year old Rand, on her life back in Syria. She adds, “Life was too difficult, so we had to leave.” The young teenager fled the bombings in Idlib, eight months ago, along with her parents, four siblings, an aunt and grandmother. Now, instead of a house and garden, all nine family members are confined to one tent in a refugee camp in Islahiye, 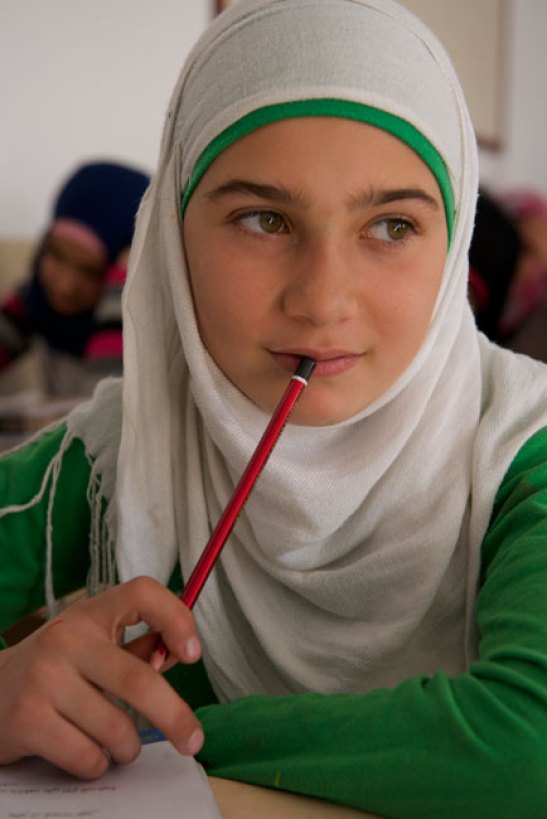 Rand sits in class at a tented school in the refugee camp. 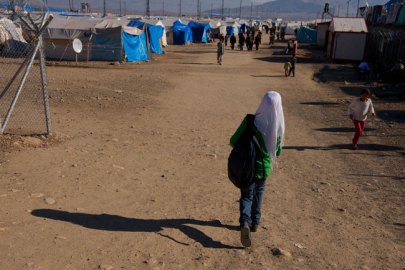 Rand makes her way to school at the refugee camp. 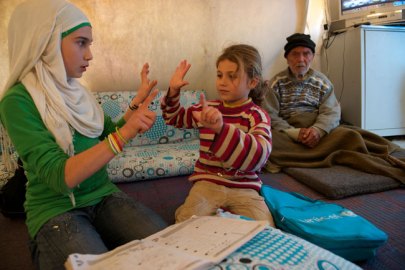 Rand and her sister do their homework after school, as their grandfather looks on. 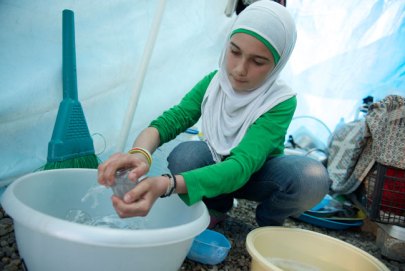 Rand helps with the chores in the family tent, which her father expanded to accommodate all nine family members. 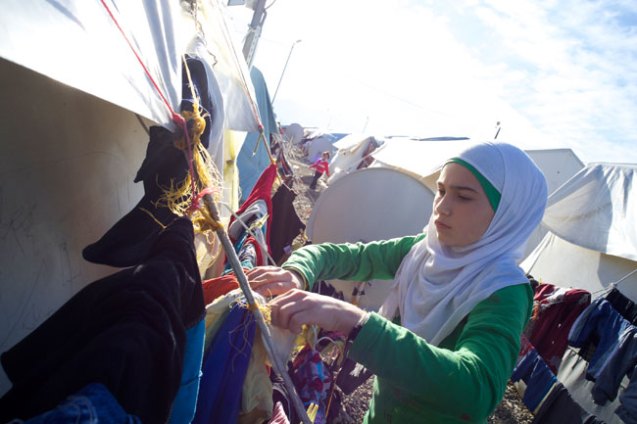 Rand hangs laundry out to dry outside her tent. 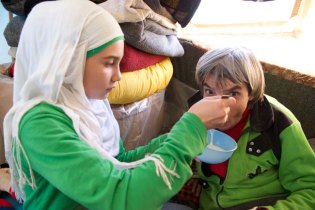 Rand assists her aunt, who suffers from a disability. The 13-year old lives with eight other family members in one tent at a refugee camp in Islahiye, Turkey. 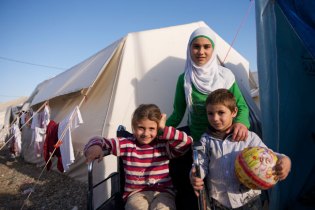 Rand and two of her siblings stand outside their tent at a refugee camp in Islahiye, Turkey.