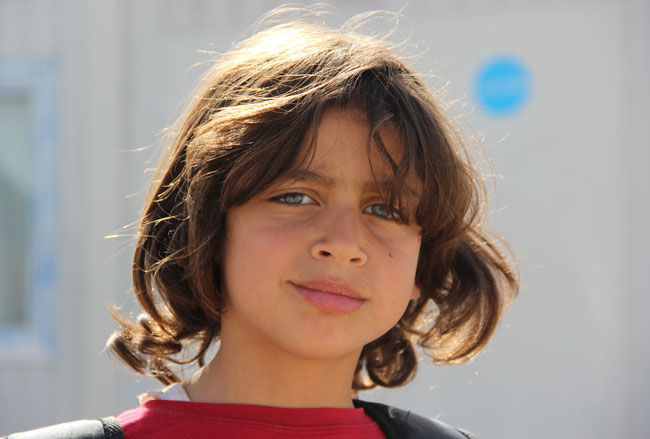 For a third of his life, 9-year old Said has lived in a refugee camp in Turkey. He dreams of becoming a doctor so he can help those who have been wounded in the civil war in Syria. ©UNICEF/Turkey-2014/Yurtsever

Hatay, Turkey, March 16, 2014 – 9-year-old Said says like many of his friends and peers, he hopes to be a doctor when he grows up. The young boy and his family fled the fighting in Idlib, Syria three years ago, and have been living in the Boynuyoğun refugee camp in Hatay, Turkey, ever since.

Said began school for the first time after the family reached the camp, and he’s now in the third grade. His favourite subject is Arabic. Said says he and his friends saw many wounded people back in Syria and they dream of helping them when they get older.

But for now, Said is happy to go to school and visit the Child Friendly space where he can play with his friends. His favourite activity? He says it’s solving puzzles.

Please sign our petition calling on world leaders to prevent a lost generation.