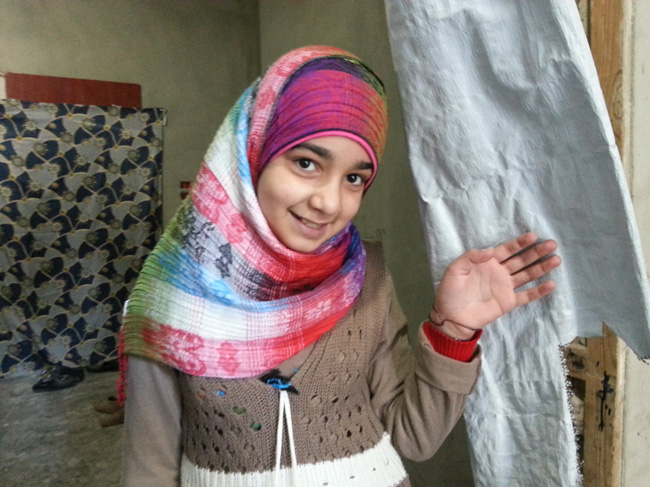 10-year old Aya and her family were displaced from their home in Homs city. They now live at a UNICEF-supported shelter in another part of the city. © UNICEF/Syria-2013/Youngmeyer

Homs City, Syria, February 2014 – Ten-year-old Aya lives with her parents and four siblings at a shelter for displaced families in Homs city. They are one of 29 families who live in the shelter, which is actually an unfinished apartment block, modified to make it more liveable.

More than a year ago, Aya and her family were displaced by fighting from their home in another part of the city: “We left because it was too dangerous to stay,” says Aisha, Aya’s mum.

Aya and her siblings are lucky to go to school. But, classes are crowded and held in shifts to accommodate as many children as possible. Aya’s oldest brother, who is 14, lives with a disability. He goes to a special school and receives additional help from a local community group.

In the room Aya shares with her family, the concrete walls have been covered with plastic sheeting and the concrete floor made warmer with rugs. The family sleeps on mattresses on the floor, with this part of the room doubling as a lounge during the day. There is a small kitchen, a toilet and shower.

“I feel that it’s crowded, but I’m grateful to have this room for my family,” says Aisha.

Aisha says that the solar heating system for the water has improved things. Before it was installed, she heated water once a week for the children to bathe. “They shower more now and are cleaner,” says Aisha, who also attended UNICEF-supported hygiene awareness training. “The lecture was about hygiene and how to take care of children so they don’t get sick, including keeping children and their clothes and surroundings clean. I found it helpful.”

“We thank UNICEF and others who have provided everything we need,” says Aisha. “We are okay here, but when everything settles down we want to return home.”

As the Syrian conflict enters its fourth year, UNICEF has released a new report – ‘Under Siege’ – which calls for an end to the violence and immediate access to besieged children in Syria. Read the report to find out more. 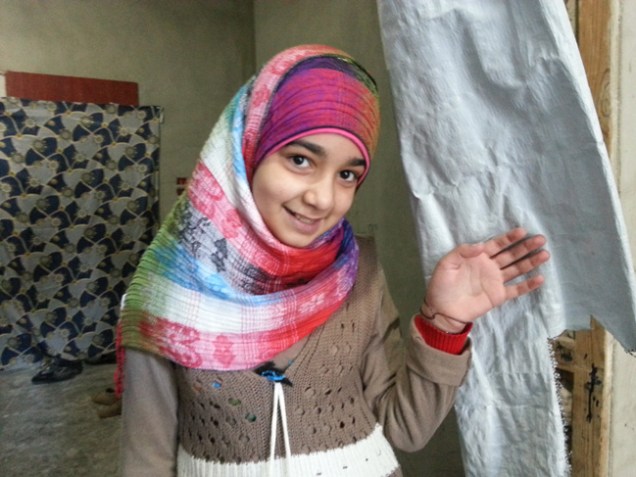 10-year old Aya and her family were displaced from their home in Homs city. They now live at a UNICEF-supported shelter in another part of the city. © UNICEF/Syria-2013/David 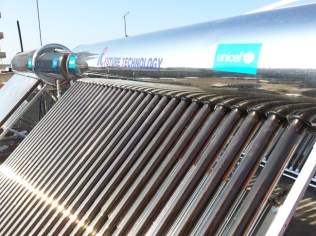 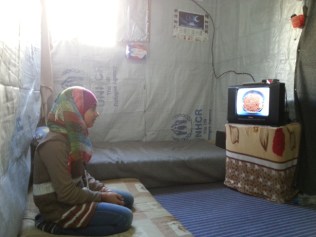 Aya watches TV in the room she shares with her parents and four siblings at a shelter for displaced families in Homs city. © UNICEF/Syria-2013/David
Share and raise awareness on #ChildrenofSyria