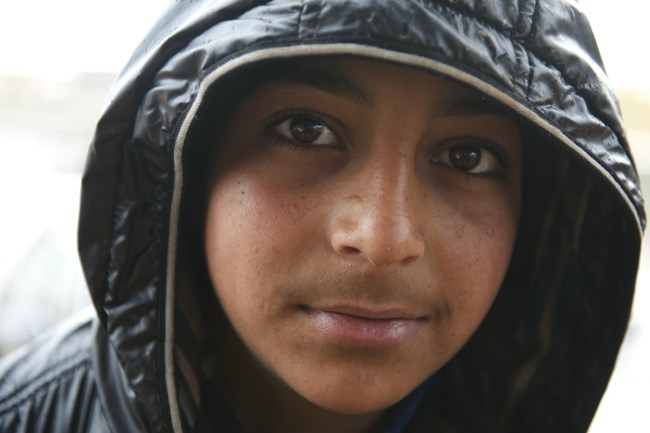 He is lost between two countries; his father is Syrian, and his mother is Lebanese, but he doesn’t officially exist in either country.

When Hassan was born his parents didn’t register his birth in Syria and when his parents divorced his situation grew even more complicated. With no official papers, he and his two sisters (aged 12 and 16) were not granted Syrian citizenship and couldn’t go to school.

Two years ago his mother, afraid for her children, decided to escape the violence in Syria and return to Lebanon, hoping for a better life for the family.

“There were shootings and bombings everywhere back home,” recalls Hassan. “I didn’t feel safe. When I arrived in Lebanon, I felt safer. I stayed with Uncle Rabah who lives here in a tent with his wife.” 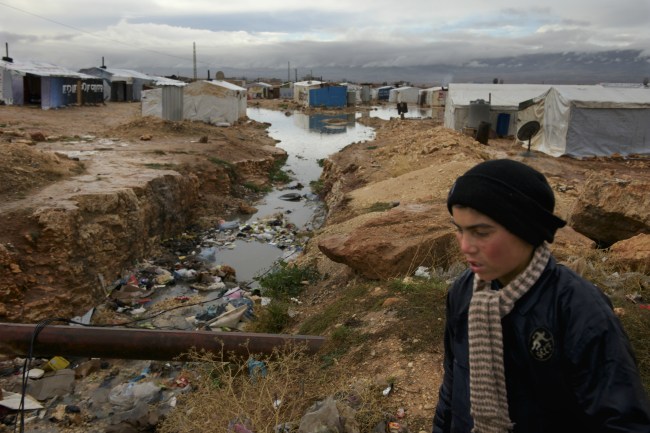 As winter sets in Hassan bundles up against the cold and rain. ©UNICEF/Lebanon-2013/Noorani

Since the start of the crisis, Lebanon has hosted the largest number of Syrian refugees in the region. According to UNHCR more than 850,000 Syrian refugees have registered or are awaiting registration in Lebanon, and the government itself believes the number of refugees is closer to 1 million.

Many Syrian refugees fleeing into Lebanon settle in areas close to relatives or family members who settled in the country before them. But Hassan and his mother didn’t have family they could go to. ‘Uncle’ Rabah and his wife took them in and gave them shelter and protection.

“He isn’t actually my real uncle,” says Hassan, “but he takes care of us as if we were his family and his children. Uncle Rabah arrived in Lebanon last year. He helped us because we have no one.”

But shelter is only one of Hassan’s worries. A growing number of Syrian refugee children have to work to support their families. For them the prospect of education has slipped down the list of priorities.

“My mother works as a part-time house keeper. I want to find a job and work to help her. I already worked before as a blacksmith but I quit because the shop owner was not paying me on time and sometimes not paying me at all.” 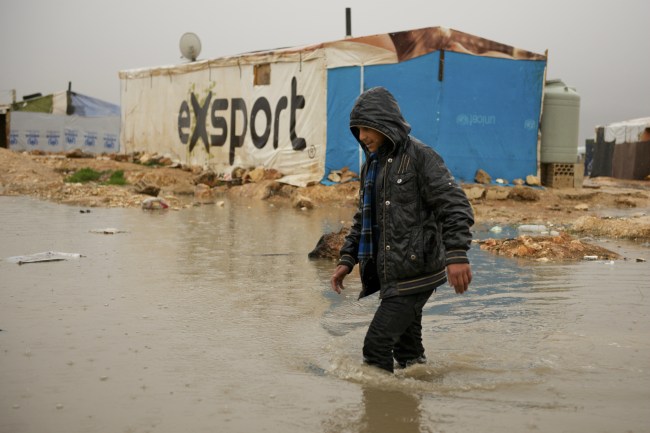 13-year old Hassan wades through high waters after a flood at his settlement camp in Baalbeck, Lebanon. ©UNICEF/Lebanon-2013/Noorani

Hassan is constantly looking for work. He has tried polishing and cleaning shoes on the street. “But now with the rain, it’s not possible” he says.

While Hassan has seen many hardships he still has hopes and dreams: “When I think of Syria, I think of fear and death. That’s why I want to make something of myself to get over all these feelings. For now, I am just living one day at a time.”

“We all have dreams as human beings, sometimes we fulfil them and sometimes we don’t. For now, I don’t think, I just play. But I hope someday I will be able to open a small business or a grocery shop, something to help me settle here and make a living.”

As the Syrian conflict enters its fourth year, UNICEF has released a new report – ‘Under Siege’ – which calls for an end to the violence and investment in education for all children affected. Read the report to find out more.