Islahiye, Turkey, January 2014 – Five months ago, 8-year old Rand, her four brothers and sisters, parents and grandparents fled Syria to live in a small tent at a refugee camp in Turkey. They have the necessities; food, water, housing and school. But the move has been hard for the young girl. She says, “I feel happy to be safe, but compared to our house in Idlib it feels like a prison.” 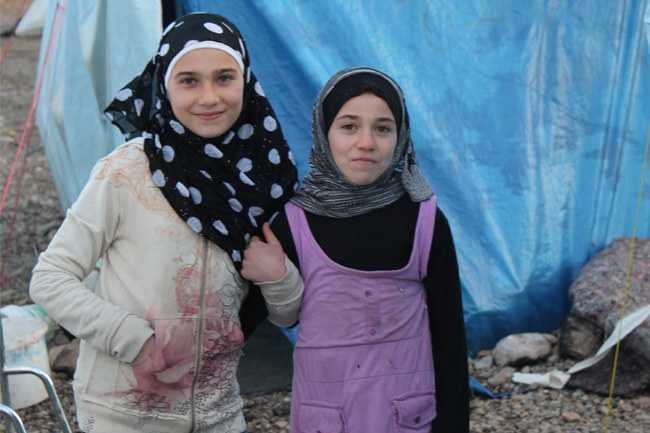 Rand (left) and her sister live in the Islahiye refugee camp in Turkey. The 8-year old wants to become a doctor so she can return to Syria to help people who were injured in the fighting. ©UNICEF/Turkey-2014/Jansen

Rand loves going to the UNICEF-supported school in the camp and has already learned a few words of English. She is trying to educate herself because she has big plans for the future. “I want to become a doctor. Then I’ll go back to Syria, because there are so many wounded people there. We need to help them all,” she explains.

Rand can still remember every minute of their get-away from Syria. She recalls, “We heard the airplanes come and were so scared. We ran from the house, I could bring nothing. When I looked back, I saw the bombs destroying our house. Here, there are no bombs. I feel happy to be safe, even though we don’t have much.”