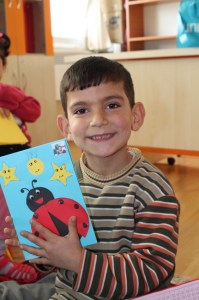 4-year old Mohammed also received a school certificate. He has big plans for the future. ‘‘I want to be a surgeon.” © UNICEF/Turkey-2014/Jansen

Islahiye, Turkey, January 2014– A young group of children are celebrating at the Islahiye refugee camp in Turkey. Children like Rawan and Mohammed, both four, who have just received their first official school report. “Look how many stars I have!” says Rawan excitedly.

The UNICEF-built school in Islahiye camp is a bright spot in a camp where no child should have to live. There are paintings on the walls, there’s a schoolyard and the teachers are nice. “I really love going to school”, says Rawan. “The teacher says I’m a smart girl. That’s why I want to study. I want to be a teacher and a doctor. I can do both.”

Mohammed also has great plans for the future. “I want to be a surgeon because my big brother is still in Syria. When he’s wounded, I want to help him.”

The school is a safe haven where refugee children can forget their trauma. Here, they can build on their future. Mohammed is determined to succeed saying, “I’ll do my very best in class.” 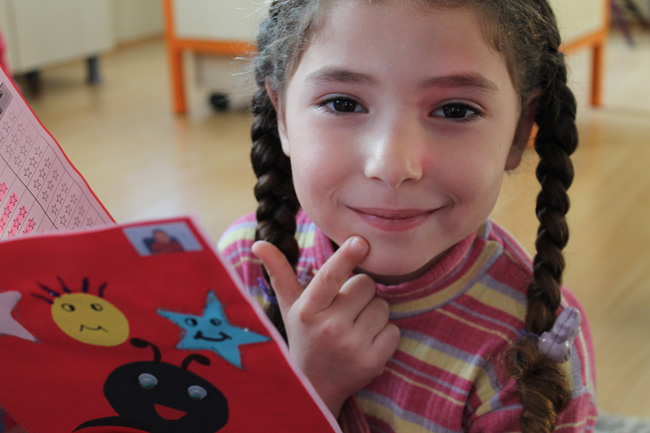 4-year old Rawan received her first official school certificate at a UNICEF built school in Turkey. She wants to be a teacher. © UNICEF/Turkey-2014/Jansen