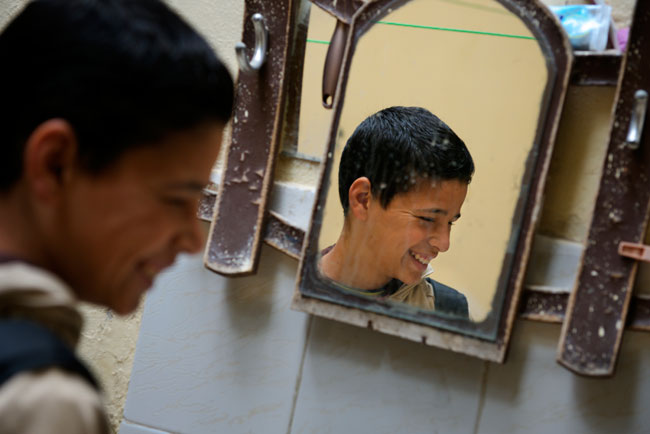 13-year old Adnan and his family fled Syria after he was shot in the arm by a sniper. ©UNICEF/Jordan-2013/Noorani

Amman, Jordan, 13 February, 2014 – Thirteen-year old Adnan is lucky to be alive. He is a survivor of the violence that has devastated his home town of Homs. Almost two years ago, he was shot by a sniper as he played outside his house. He was hit in the arm and rushed to hospital for treatment. After the attack his family decided to stay in Syria, but as the violence escalated, they finally had no choice but to flee to Jordan.

Adnan and his family have been living in the Baqa’a refugee camp, just outside Amman, for the past 18 months. His father was captured and tortured in Syria and is unable to work. So Adnan supports his parents and three siblings by working at a local shop repairing household appliances.

He says, “I work to get money for my family, to help them, but I do not like it. I like to study. When I have some free time, I study, what else can I do?”

After missing out on two years of school, Adnan has recently returned to class. “The first year here in Jordan they did not accept me, as I was not enrolled when the school year started. My mother waited until the next semester and I am now registered. I want to study at university and become an engineer,” he explains.

No time for play

The young teenager has a gruelling schedule. He goes to school in the morning and works in the afternoons. He usually returns home around midnight, by which time he is glad the day is over. He says, “I feel relieved at the end of the day when I finish work. All I want to do is sleep. When we were in Syria, our situation was different. There, I used to study and play. Here, I study and work.”

Adnan smiles at the thought of having more time to play saying, “I wish I had lots of free time. I would study and finish all my homework, then I would play until I get bored.” He used to play at a Child Friendly Centre supported by UNICEF, but now he rarely has time. 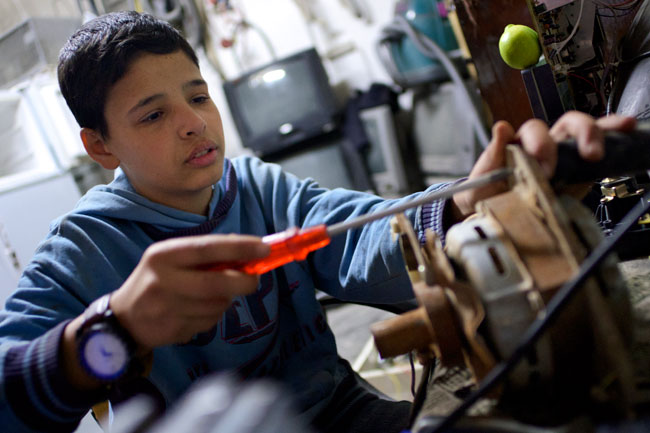 Adnan supports his family by working at a shop near the Baqa’a refugee camp in Jordan. ©UNICEF/Jordan-2013/Noorani

Adnan sees his friends at school or on a day off saying, “Sometimes on Fridays, I have time to play football with my friends or I go to my friend’s house – he has a computer, so we play racing games together.” He also likes to draw when he has the chance.

Adnan left Homs with just the clothes on his back and dreams of everything he left behind. He says, “I only wish I could go back to Syria, back to our home. That’s my wish.” 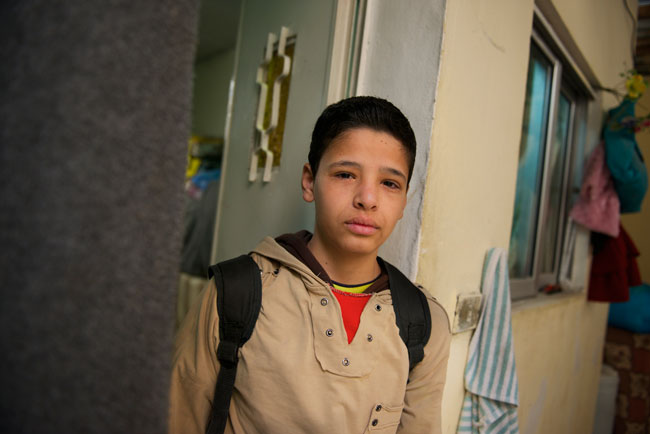 Adnan gets ready to head to school. He is good at math and wants to be an engineer. ©UNICEF/Jordan-2013/Noorani