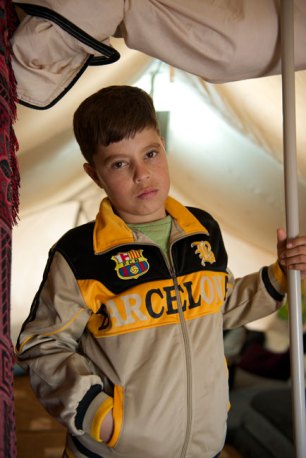 15-year old Sheendar and his family fled their home in Syria and now live at the Arbat camp in Iraq. ©UNICEF/Iraq-2013/Noorani

SULIMANIYAH, Iraq, 14 December 2013— Fifteen year old Sheendar isn’t afraid to share his feelings when asked about the conflict in his country. “Many children have been killed in the war. Houses and schools have been damaged. War is not a justification for all that. It doesn’t matter who wins or loses, ordinary people have to pay,” he says.

Sheendar has a medical condition, which is the reason he’s become a refugee. He wasn’t able to get medication or blood transfusions in Syria. So he, along with his parents and older sister, crossed into Iraq last August, shortly after the border opened. Sheendar suffers from thalassemia, a genetic disorder, and needs to live near a hospital where he can receive blood transfusions.

“A few days before the treatment session I feel tired, and my body is weak,” he says. “Otherwise, I’m okay.”

Unlike others at the Arbat refugee camp, Sheendar is allowed to leave every three weeks so he can travel to a hospital in Sulimaniyah, where his transfusion can take up to four hours.

“Syria was so difficult for me because I had to look for medicine. Here, I like that I can get medicine,” he says. 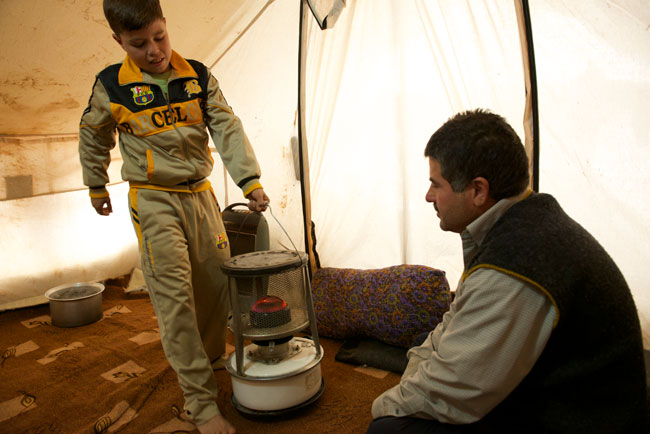 Sheendar says he misses his house back in Syria and dislikes living in a tent. ©UNICEF/Iraq-2013/Noorani

Sheendar has resumed his studies in the camp school and spends his spare time playing football and singing. One day he hopes to become a teacher.

But right now he misses his house in Syria and his old routine. “It was a very normal, quiet life,” he says.

Sheendar believes that a normal life is what all children have the right to. 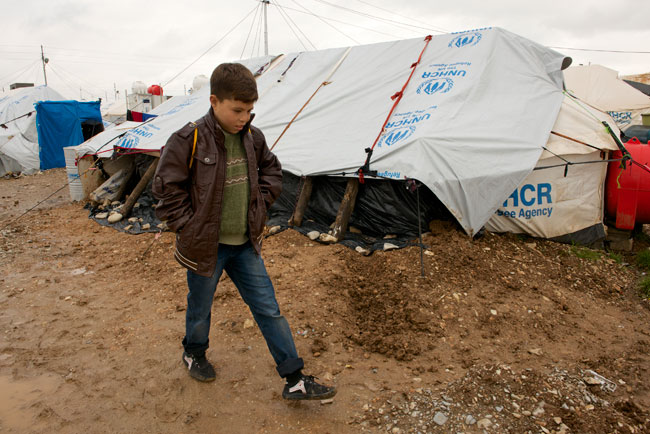 Sheendar heads out to class at the camp school and wants to be a teacher. ©UNICEF/Iraq-2013/Noorani