Gaziantep, Turkey, February 7, 2014 – Footballers from Gaziantepspor and Besiktas Football Clubs took to the playing field this week to show their support for refugee children from Syria who are living in camps in Turkey.

The game, organised by the two football clubs and UNICEF Turkey , took place at Gaziantep Şehit Kamil Ocak Stadium. During the ceremony, footballers from the two teams entered the stadium hand-in-hand with children from both Syria and Turkey as a show of solidarity. The visiting team, Besiktas, carried a banner bearing the words, “Syrian Children Need Your Support”.

UNICEF Turkey’s Representative, Dr. Ayman Abulaban said, “This event is crucial in highlighting an issue which has gone unnoticed to the public. The entrance, hand-in-hand, of the footballers with children from Syria and Turkey is symbolic of the strengthening friendship between the two countries.”

Hundreds of thousands of Syrians have fled across the border to Turkey to escape the conflict. UNICEF Turkey is supporting Syrian children in the areas of education, child protection, health and nutrition. 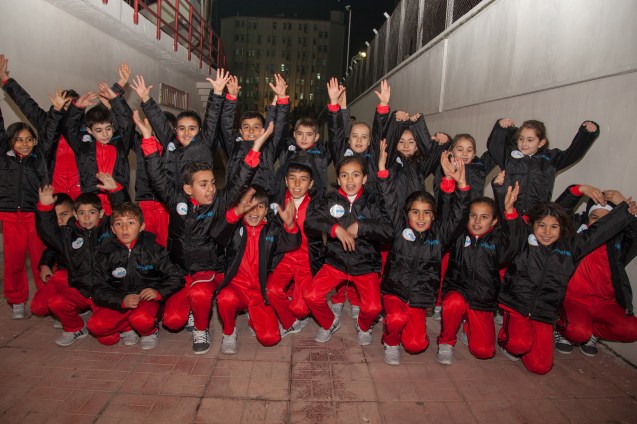 The young group of Syrian children posed for a picture before the UNICEF organised football match began in Gaziantep, Turkey. © UNICEF/Turkey2014/Kamuran Feyzioglu 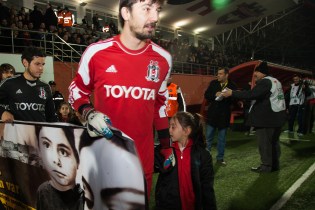 Gaziantepspor SK and Beşiktaş JK football players enter the field hand- in-hand with children from Syria and Turkey as a show of support for the young refugees. © UNICEF/Turkey2014/Kamuran Feyzioglu 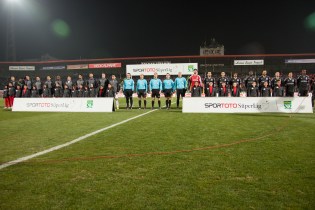 The captain of Gaziantepspor SK, Bekir Ozan said, “All children have the right to an education. Let’s support UNICEF Turkey to provide better education opportunities for children of Syria in Turkey.” © UNICEF/Turkey2014/Kamuran Feyzioglu 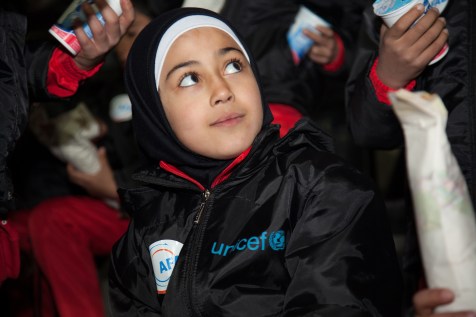 11-year old Iman from Aleppo joined football players on the pitch and posed with photographers. After the opening ceremony she stayed on to watch the match. © UNICEF/Turkey2014/Kamuran Feyzioglu 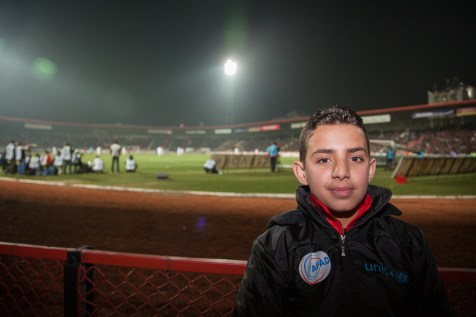 13-year old Usema from Aleppo was excited to be in a football stadium for the first time ever. His favorite teams are Gaziantepspor in Turkey and Barcelona, abroad. © UNICEF/Turkey2014/Kamuran Feyzioglu
Share and raise awareness on #ChildrenofSyria