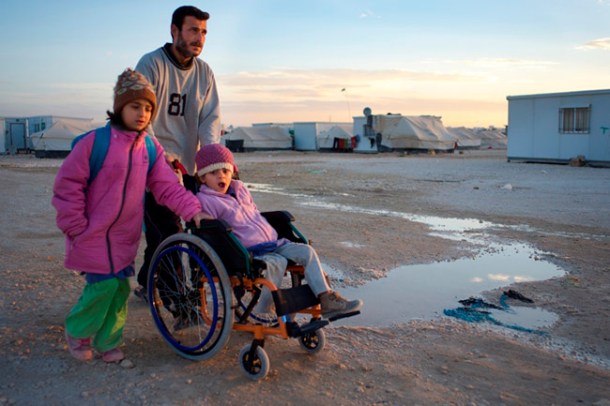 At a UNICEF warehouse in Erbil, thousands of tonnes of winter supplies are being prepared for Syrian refugees. There are about 220,000 refugees in northern Iraq and many arrived in summer with only the clothes they stood up in. UNICEF is providing warm clothes and boots for babies and children up to the age of […] 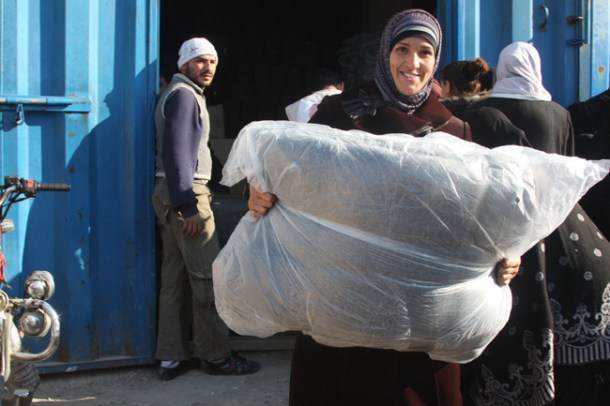 By David Yougmeyer LATTAKIA, Syria, 3 January, 2014 – Huda, 25, lives with her three children, aged 4-7, and her mother in a small rented room in Lattakia city, on Syria’s western coast. With winter temperatures hitting Syria hard, Huda made her way to a Syrian Arab Red Crescent warehouse in Lattakia city where hundreds […] 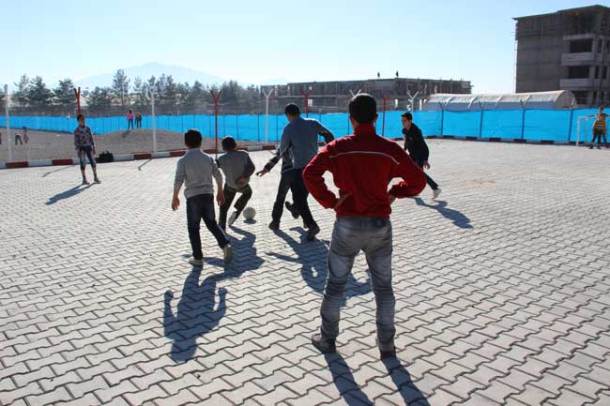 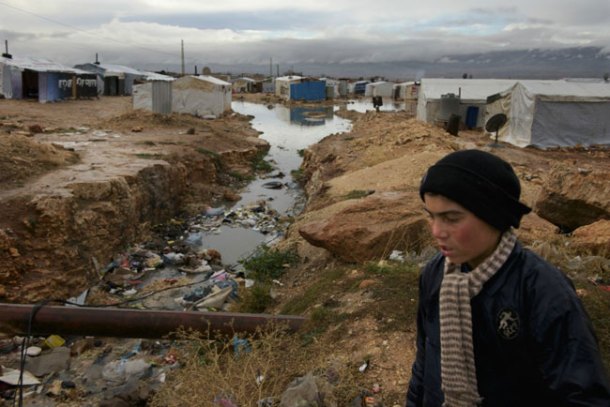 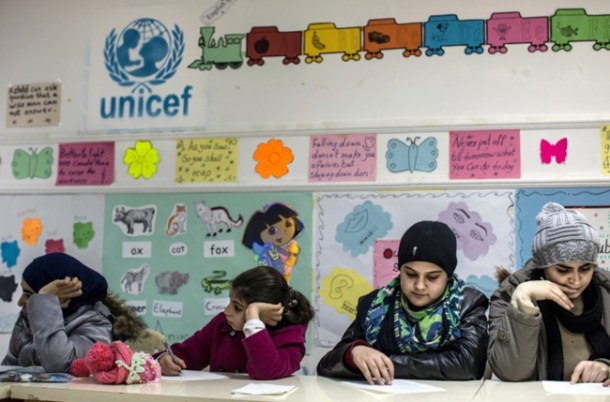 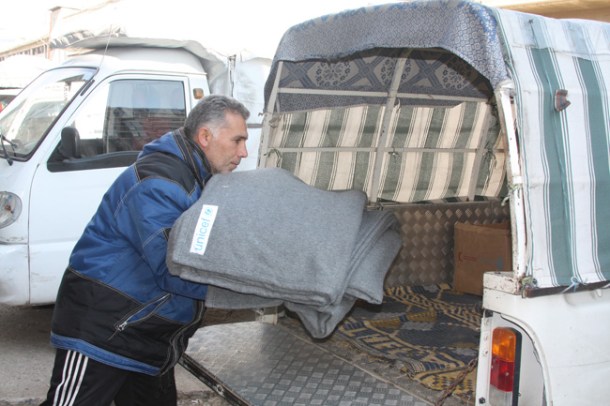 By David Yougmeyer LATTAKIA, Syria, 3 January, 2014 – The conflict in Aleppo drove Kiram , 54, his wife and six children from their home in Aleppo city to the relative calm of Lattakia, on Syria’s west coast. Kiram and his family have been living in Lattakia city for the last 12 months and are […]

LATTAKIA, Syria, 2 January 2014 – As winter continues to batter Syria, having brought snow to some areas and widespread cold temperatures, UNICEF is providing winter supplies to help keep children and families warm. The winter weather worsens the already difficult living conditions for children and families caught up in the crisis. Some 9.3 million […] 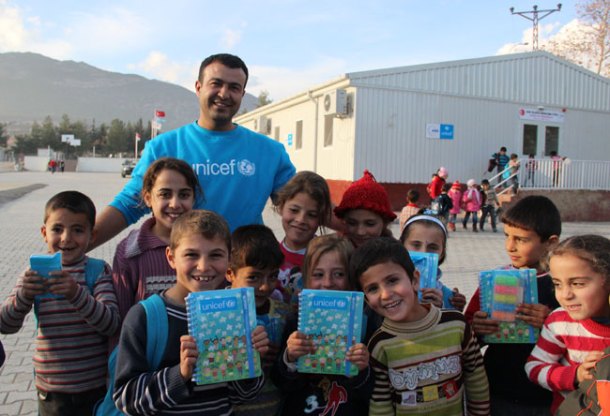