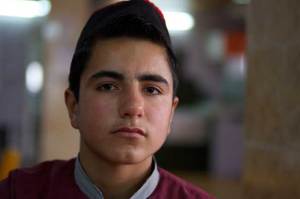 14-year old Ahmed has given up school to work at a restaurant in Sulimaniyah, Iraq. ©UNICEF/Iraq-2013/Noorani

SULIMANIYAH, Iraq, December 2013 —The Tasloga restaurant is the only checkpoint that connects the town of Sulimaniyah in eastern Iraqi Kurdistan, to points south. Trucks pass through here from as far away as Saudi Arabia.

Ahmed arrived from Syria with his family ten months ago, driven out by the conflict. Five months ago he got a job in the restaurant. Prior to that, he was working part time with his 11-year old brother Mohammed, selling vegetables from a roadside truck.

“In Syria I used to go to school. And in the afternoons I worked in a small shop. It was a beautiful life,” he says. 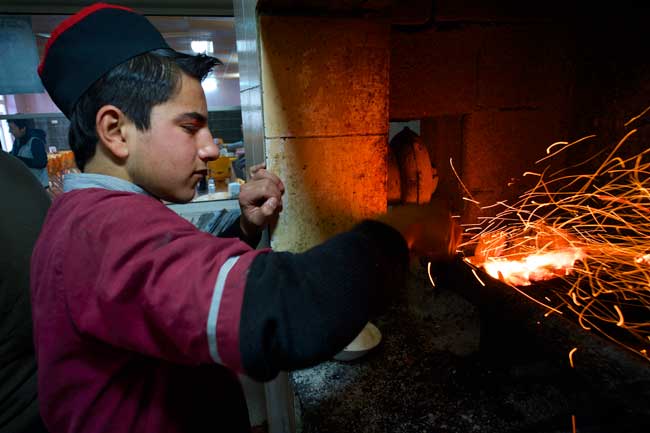 Ahmed helps out in the kitchen by cooking kebabs for customers. ©UNICEF/Iraq-2013/Noorani

For this quietly spoken young man, school now seems a distant goal. Not only do Sulimaniyah Kurds speak a different dialect from Syrian Kurds, they have a different curriculum, which makes his parents doubtful that any qualifications received here would be recognized when they return home.

The family, which rents a home in town, depends on the $350 that Ahmed earns every month. He has three younger brothers to feed. His 45-year old father, Abdul, works in a steel factory. 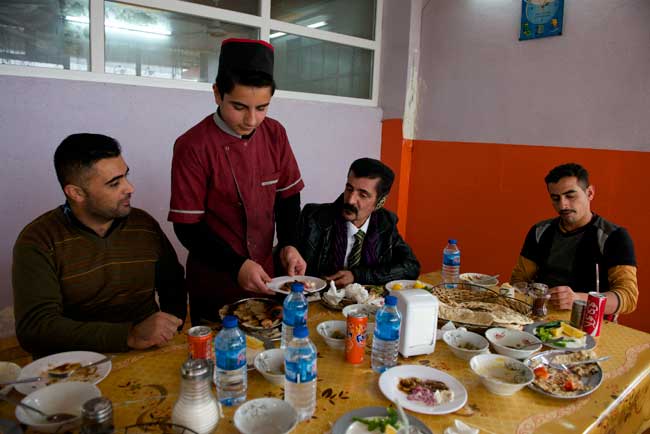 Ahmed serves customers at the roadside restaurant where he works to help support his family. ©UNICEF/Iraq-2013/Noorani

“My children used to go to school and now I’m seeing them killing themselves working from eight in the morning till nine at night, and coming home exhausted. How do you think I feel?” Abdul says.

Ahmed doesn’t mind his job, his boss is kind, and he works with two Syrian friends whom he commutes with.

“The work is okay. It’s not a problem, but I would love to have any opportunity to go back to Syria,” he says. “I miss my school and the shop I used to work in.”