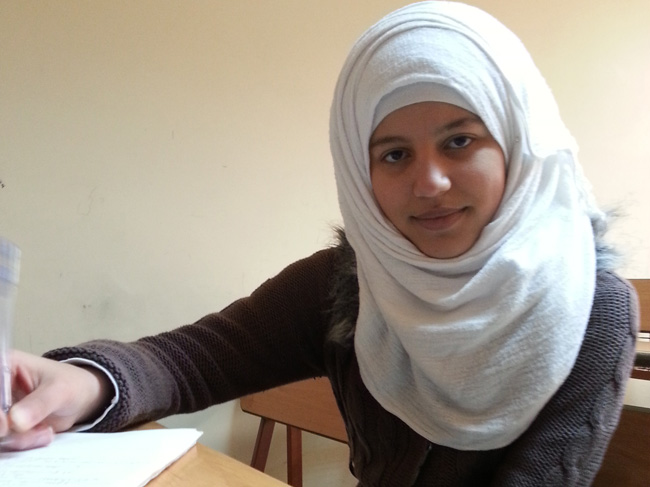 15-year-old Aya goes to a UNICEF-supported school club in Homs every afternoon, along with her 16-year-old sister and 10-year-old brother. The classes help her to catch up on learning missed due to the conflict.

More than two years ago, Aya and her family fled their home in a neighbourhood of Homs city. Their apartment was damaged in the fighting and they can’t return to the area.

Aya, along with her parents and brother and sister, now live in an apartment with relatives in another part of the city. Seven people share the small space. “It’s very cold now,” says Aya.

At the remedial school, which is run by UNICEF partner Al Inshaat Charity, Aya takes maths, physics, chemistry, Arabic, English, and French. “I like maths the most,” says Aya, who wants to be an architect.