LATTAKIA, Syria, 3 January, 2014 – The conflict in Aleppo drove Kiram , 54, his wife and six children from their home in Aleppo city to the relative calm of Lattakia, on Syria’s west coast.

Kiram and his family have been living in Lattakia city for the last 12 months and are now facing their second winter. Like many other displaced families, they live with relatives, where conditions are often crowded.

With winter temperatures biting, Kiram travelled to a Syrian Arab Red Crescent (SARC) warehouse in the city, where relief supplies were being distributed. He lined up with other fathers.

Kiram was pleased to receive five UNICEF blankets along with food items from SARC: ‘This is better than nothing, but still not enough for my family,” he says matter-of-factly. 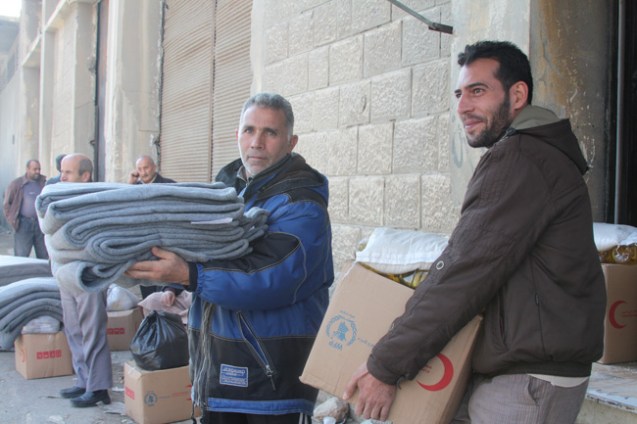 Kiram (left) carries UNICEF blankets he has just received for his family during a Syrian Arab Red Crescent distribution of relief supplies in Lattakia recently. ©UNICEF/Syria-2013/Mebrahtu 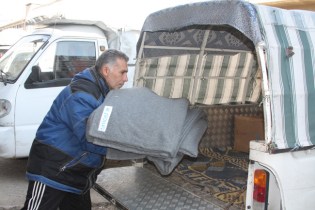 Kiram loads UNICEF blankets on to [his] wagon during a distribution of relief supplies at a Syrian Arab Red Crescent warehouse in Lattakia. The blankets will help to keep his family, which includes six children, warm during the cold winter. ©UNICEF/Syria-2013/Mebrahtu 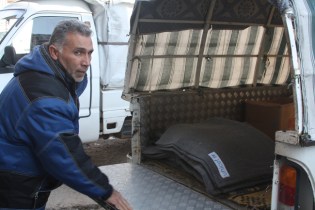 Kiram and his family, including six children, were displaced by fighting in Aleppo. Now living with relatives in Lattakia, the UNICEF blankets he received will help to keep the family warm. ©UNICEF/Syria-2013/Mebrahtu
Share and raise awareness on #ChildrenofSyria