Hannan (16) and Malak (21) are sisters who had to flee their homes in Aleppo, northern Syria, due to the ongoing conflict.

Like hundreds of thousands of others, they found safety in the western governorate of Tartous. The two sisters currently live in the Al Karnak shelter in Tartous city, which hosts nearly 240 displaced families.

Hannan and Malak have been at the shelter for the past 15 months. Back in their hometown, the two sisters attended high school, but after being displaced, they faced barriers to continuing their education. The nearest high school is around 5 kilometres away from the shelter: Many parents prefer to keep their adolescent girls at the shelter, fearing for their safety and security if they go too far away.

A recently-started vocational training programme at their shelter is giving Hanan, Malak and other adolescent girls a second chance. The training is run by a UNICEF-supported local NGO and includes hardware maintenance, such as for mobile phones, computers, and air conditioning units. Training also takes in handicrafts and English language classes. More than 230 adolescents participate in the programme, of which 96 are girls. The vocational training is part of UNICEF’s Adolescents Development and Participation programme.

“We are grateful for having this chance,” says Hannan. “We are keen to finish this course and open our own small mobile maintenance shop.” 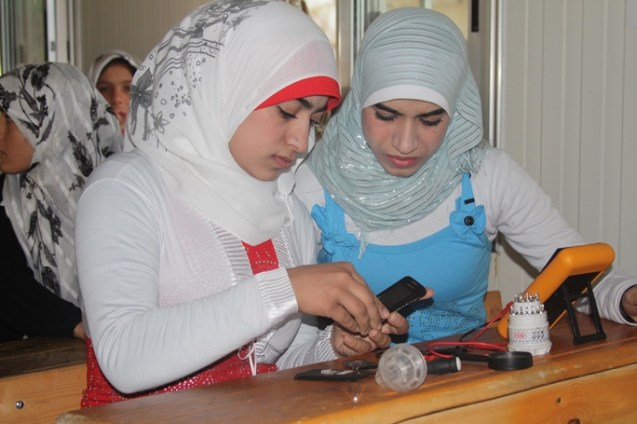 Hannan (16) and Malak (21), work together to fix a broken mobile phone during a UNICEF-supported vocational training session at Al Karnak shelter in Tartous city. ©UNICEF Syria-2013/Mebrahtu 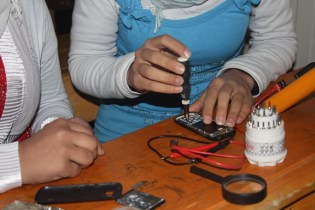 Two young people fix a mobile phone during a vocational training session for conflict-displaced adolescents. The UNICEF-supported training takes place at a shelter in Tartous city, Syria. The education of many children and young people in Syria is disrupted due to upheavals associated with the conflict. ©UNICEF Syria-2013/ Mebrahtu 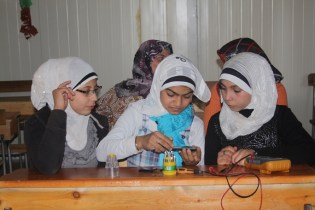 Nearly 100 adolescent girls at Al Karnak shelter in Tartous city are being reached with vocational training supported by UNICEF. The training takes place in prefabricated classrooms installed in the shelter’s primary school. with the support from UNICEF. ©UNICEF Syria-2013/Mebrahtu 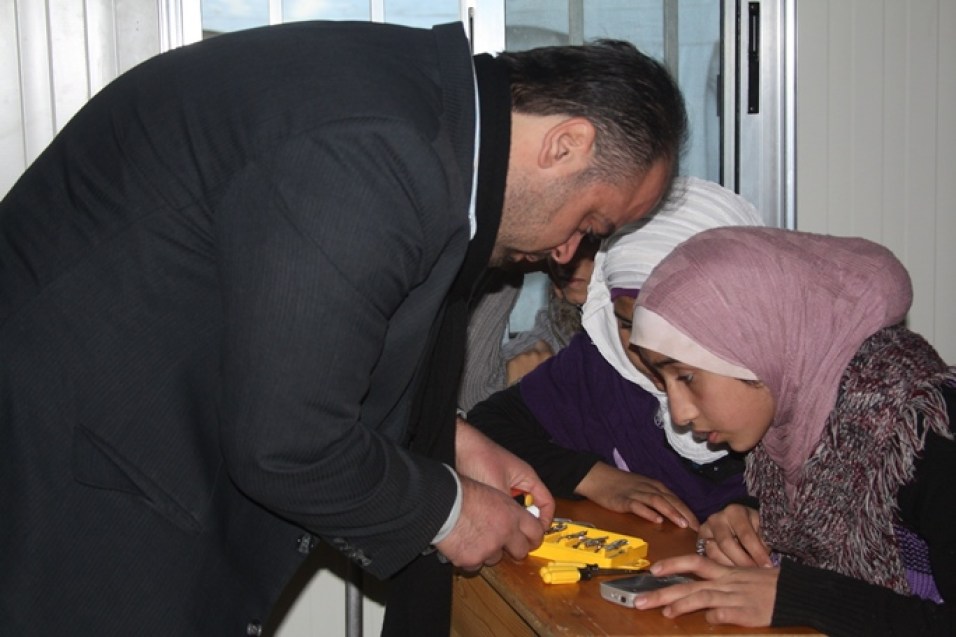