SULIMANIYAH, Iraq, 25 November 2013 – There are about 2,000 Syrians living in Arbat refugee camp just outside of Sulimaniyah and a few of them, like Suliman Gorgis’s family, live with disabilities.

Suliman oldest son Yousef was paralyzed at birth and his other son, Mohammed, has Down’s Syndrome. A third son, Yasser, is unable to walk properly because of a hip injury.

UNICEF Water and Sanitation Officer Atheer Al Yasin has been working with the family since they crossed the border from Syria a couple of months ago to ensure that they are as comfortable as possible under the circumstances. Getting a bed for Yousef was the first step.

“He was very uncomfortable lying on the ground,” Mr Al Yasin said. “He would get very stiff and insects attacked him constantly.”

Yousef now rests in a bed in the family tent, and his family are more easily able to take care of him.

Arbat is a transit camp. A permanent camp is being constructed a few miles down the road and it will have facilities for people with special needs, including ramps and wide access points for latrines and other sanitary facilities.

That camp is expected to be finished in the next couple of months. In the meantime, UNICEF’s Al Yasin has ordered 15 wheelchairs and 15 beds to cater to those in the transit camp. And he has begun advocating for more employment opportunities for Syrian refugees of all abilities.

Like many parents, Suliman worries that Mohammed doesn’t have enough to do.

“He likes playing football and he likes to work on the computer,” Suliman said. “He doesn’t have a computer.” 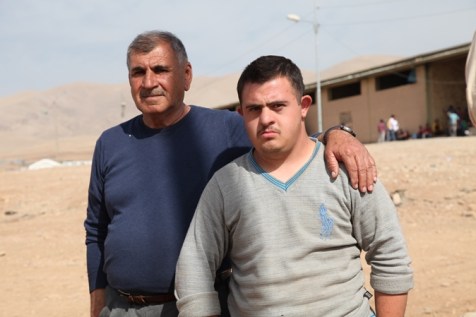 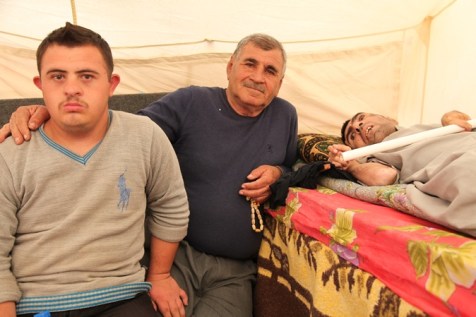