ERBIL, Iraq, 6 November 2013—Wafa has six children and one of them, Cibar, is deaf and mute.

The family lives in Kawergosk refugee camp. In their old life in Damascus, before the Syrian conflict drove them from their home, Cibar was studying in school and planning to become a teacher of children with special needs.

“She could study and have a future,” Wafa says. “We were so happy, me and her dad.”

Cibar’s been out of school for more than two years now, and it causes her parents great anguish. Coaxing her daughter to write the English alphabet, Cibar can only get to ‘C’. “She’s so bright,” her mother says proudly. “But she forgot.”

“She sees copybooks and pens she starts asking where is my copybook and where is my pen. Didn’t I used to go to school in Damascus?”

Kawergosk camp opened in the middle of August. There are more than 12,000 refugees here. UNICEF has opened a tent school and has begun preparations with its partner Peace Winds Japan, to build permanent prefabricated structures which will create a better learning environment as winter approaches. There are more than 2,500 thousands students enrolled in grades one through 9.

“I have a daughter that’s in the 10th grade and every day she is crying, she hates it here, because she wants her school back. She wants to go back to Syria, to the war, just to be able to go back to her school,” Wafa says. 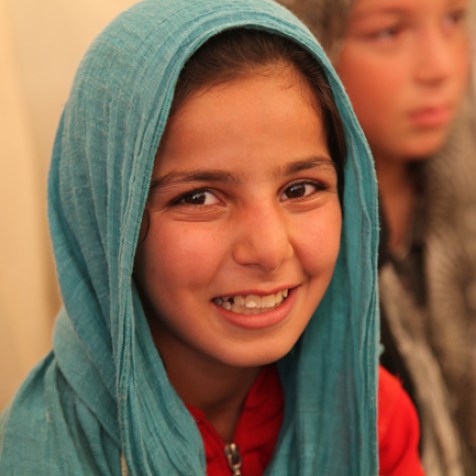 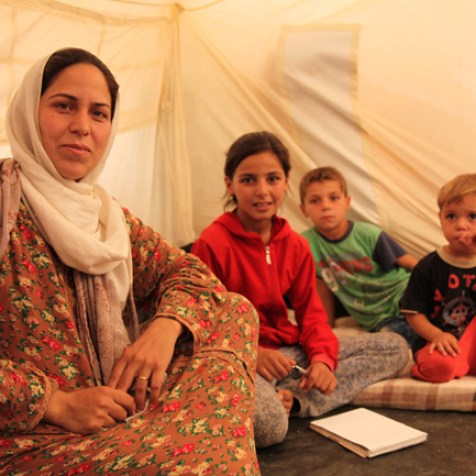 Wafa (left) with Cibar, one of her six children. The family lives in Kawergosk refugee camp in northern Iraq. has six children and one of them, Cibar, is deaf and mute. ©UNICEF/Iraq-2013/Niles
Share and raise awareness on #ChildrenofSyria