UNICEF Iraq’s South Zone Chief is based in Basra, but he’s come north to help with the influx of more than 61,000 refugees who have arrived from Syria since the middle of August.

When he was seven Maulid’s family were forced to leave Ethiopia and become refugees in Somalia. The experience has shaped his life.

“Being a refugee is one of the most dehumanizing things anyone can experience,” he says. “You lose your privacy, your life, your dignity. You feel like a nobody. You reach the point where you don’t care about anything at all.” 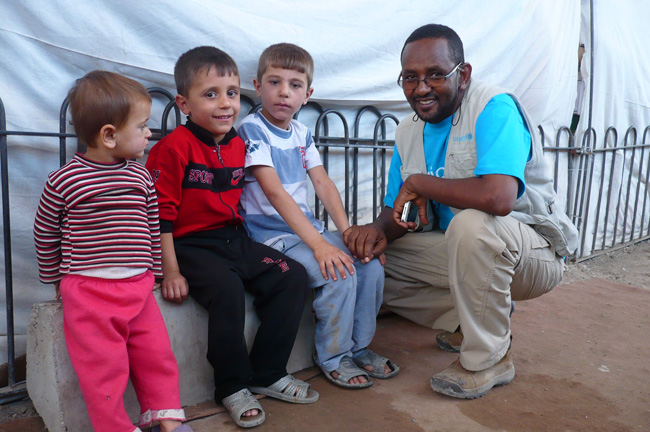 On Saturday, a day he could reasonably be expected to take time off, finds Maulid instead in Baherka refugee camp. He spends hours talking with families about their concerns, grateful that he’s able to help simply by listening.

“I feel their pain,” he says. “I relate their story to mine. I see their emotions and I’m really touched by what they’re going through.”

It took a long time for Maulid to overcome the stigma he attached to being a refugee, but he came to see his experiences in a positive light. “It made me strong, knowing what a really hard life is. My life got better because I had nothing to lose.” 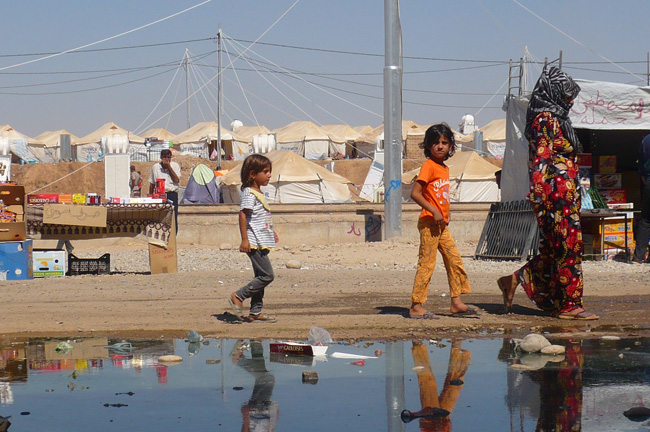 Inspecting the camps in Erbil, Maulid is concerned about the lack of secondary schooling. UNICEF has established schools for grades one through nine, and but there is little for older children.

UNICEF has warned of a ‘lost generation’ if more is not done to support all the needs of Syrian children. Maulid uses Somali pirates as an example of what happens when children grow up and feel they have no option but crime.

“There’s an urgent need for secondary schools and vocational training. We need to engage young people so they don’t feel lost. If we don’t, this will be a big problem.” he says.