UNICEF, in cooperation with the Ministry of Education and other partners around Syria, is supporting a Back to Learning campaign which aims to reach 1 million conflict-affected primary school-aged children.

UNICEF is distributing school bags with stationery supplies such as pens and notebooks to one million children in all of Syria’s 14 governorates. Around half of these supplies are already on their way to the most in need areas such as Raqqa, Deir ez Zour, Homs, Hassakeh and Rural Damascus for distribution in schools.

Now in its third year, the conflict in Syria has left almost 4,000 schools – or around one in five – damaged, destroyed or sheltering internally displaced families. Since the last school year, almost two million Syrian children between 6-15 years old have dropped out of school due to displacement and violence.

The new school year in Syria started on 15 September, and thanks to the generous contribution of the European Union – EU, supplies are already on their way for distribution to the most in need areas. 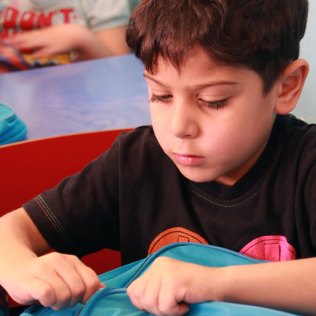 A first grade school student in Rural Damascus checks out his new UNICEF-provided school bag during the first day of school on 15 September. One million conflict-affected children in all of Syria’s 14 governorates are to receive the education supplies as part of a Back to Learning campaign. © UNICEF/Syria-2013/Halabi 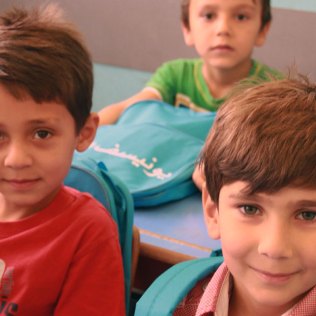 Children at a primary school in Rural Damascus are happy to receive school bags containing stationery items. One million conflict-affected children in all of Syria’s 14 governorates are to receive these important education supplies as part of a Back to Learning campaign. © UNICEF/Syria-2013/Halabi 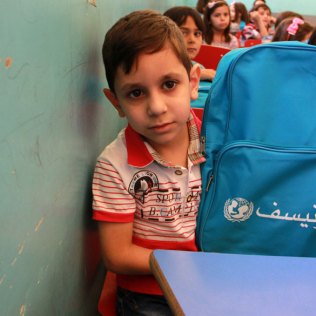 First graders during the first day of school in Syria receive school bags containing stationery. “I couldn’t wait for the school year to start and I’m glad I’m going to carry this bag to school every day,” says six-year-old Ghaith (pictured) who is attending a school in Rural Damascus. © UNICEF/Syria-2013/Halabi 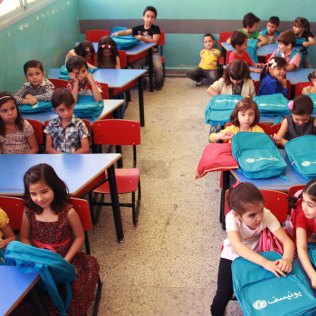 A class of first graders at a school in Damascus are ready for their first school year after receiving UNICEF school bags and stationery. © UNICEF/Syria-2013/Halabi 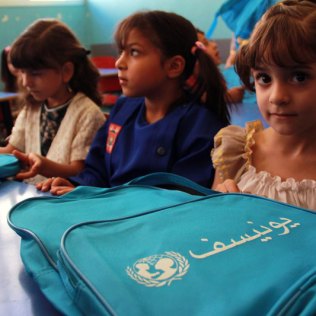 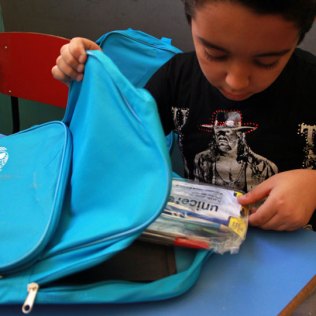 On 15 September, the first day of the new school year in Syria, a first grader checks out his new UNICEF-provided school bag and the stationery supplies inside. © UNICEF/Syria-2013/Halabi
Share and raise awareness on #ChildrenofSyria