ERBIL, Iraq, 16 September 2013 —Nergiz Ibrahim, 29, has a composed demeanor and speaks English precisely—the result of an English degree from the University of Damascus.

This morning in Baherka Refugee Camp she’s wearing a teeshirt which marks her out as one of the volunteers who’s working with the camp’s children.

Baherka is a short drive from Erbil, the capital of Kurdish Iraq, down a winding country road lined with wheat fields. The camp’s in the grounds of a former concrete factory, a massive structure which dwarves the tents that are now home to more than 4,000 people.

This morning the entrance of the camp is lined with visitors’ vehicles and children are waiting excitedly to greet a battery of local officials, including UNICEF partner, the Barzani Charity Foundation. The visitors are here to celebrate the opening of a new school, which will accommodate 150 students.

Nergiz is one of the reasons the school is able to open at all. She has joined several Syrian volunteers who helped to ensure that the school was set up, and that the children who live here can gain a sense of normalcy that the classroom provides.

Nergiz is happy with her new life. She says she lacks for nothing and has more freedom than she used to.

“I enjoy my life here more than Syria. For three years I couldn’t go out at all. We would stay home and watch television. In three years I didn’t see anything,” she says.

The school opens on September 22 at which time Nergiz will be in the classroom, keeping Syrian traditions alive and encouraging children’s dreams and ambitions.

“This group is very nice,” she says. “I enjoy the experience. I want to work as a teacher.” 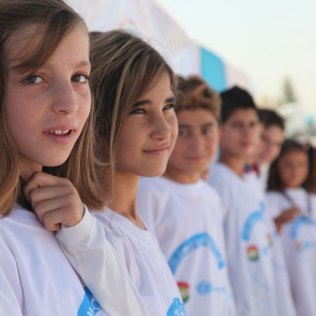 Syrian children stand in the shade of a tent as a ceremony to mark the beginning of the school year takes place in Baherka refugee camp in Erbil, northern Iraq. ©UNICEF/ Iraq-2013/Niles 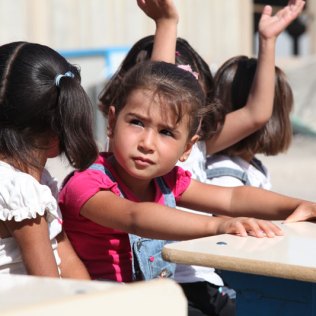 A girl sits at a desk in the Baherka refugee camp in Erbil, northern Iraq. UNICEF and its partners have equipped the camp with a school that can accommodate 150 students. The school year begins on September 22. ©UNICEF/ Iraq-2013/Niles 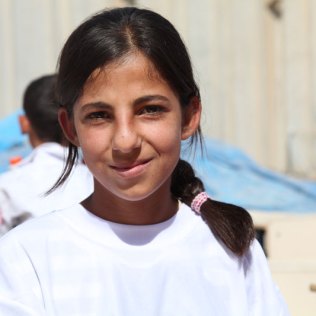 Aya, 12, likes studying mathematics and English and dreams of becoming an engineer. For the past several weeks she’s been living at Baherka refugee camp in northern Iraq. Her mother and father, two sisters and two brothers live with her. “Iraq is like Syria, I like both. I came here and I like this place,” she says. ©UNICEF/ Iraq-2013/Niles 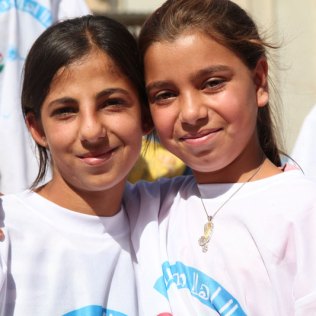 Aya, 12, (left) and Bushara, 12, quickly became best friends when they arrived at Baherka refugee camp in northern Iraq, one month ago. They live next door to each other. “I like her eyes,” Bushara says. ©UNICEF/ Iraq-2013/Niles 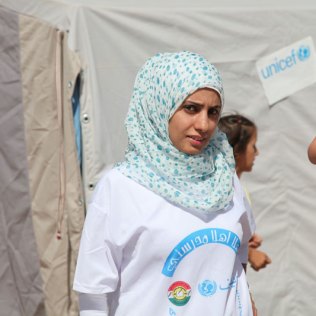 Nergiz Ibrahim, 29, is a volunteer at the Baherka refugee camp in northern Iraq. Nergiz will begin teaching at the camp’s school when the school year officially starts on September 22. “I enjoy my life here more than Syria,” she says. “I couldn’t go out. For three years I stayed at home and watched TV. In three years I didn’t see anything.” ©UNICEF/ Iraq-2013/Niles 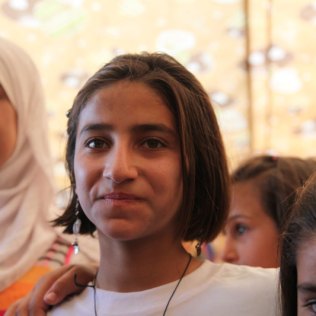 Lana, 12, sings a song in Italian for her friends in Baherka refugee camp in northern Iraq. Lana, whose older sister taught her the song, said; “It’s a children’s song; to make them happy.”©UNICEF/ Iraq-2013/Niles
Share and raise awareness on #ChildrenofSyria